Sci-Fi tileset announce, Patreon launch and plans for the future

I want to announce the next two tilesets: sci-fi tileset and multitile tileset (for large bosses, structures etc). Here is the example of some sci-fi tiles: 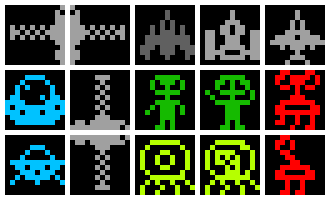 Multitile tileset was an idea that appears after several questions in comments. I think it is a good idea to create large-scale monsters, maybe even animated!

I also want to announce my newly created Patreon! The main tileset is (and will be) under open CC0 license, but patrons will have some additional exclusive mini-tilesets.

The main project is a bit slowed because of tilesets and my main work, but it will be evolved and developed. I am working at GUI and various format export (like TMX). After it Urizen will be suitable for non-programmers.